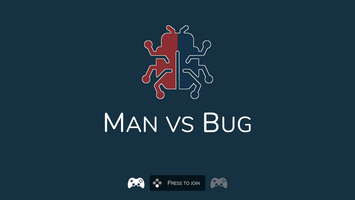 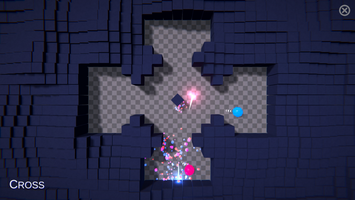 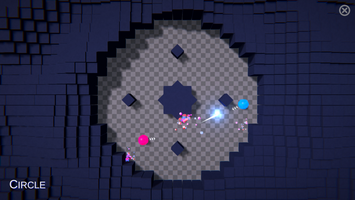 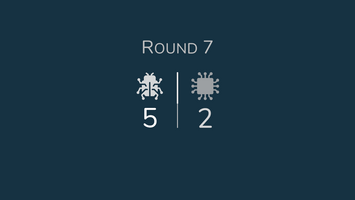 The age-old struggle between developers and bugs continues in this simple co-op adventure!

This project was the culmination of a few different areas of Unity that I wanted to become more familiar with, and was completely inspired by Brackeys - Party Killer. I wanted to match the game as much as possible only by playing the game and watching his devlogs.

The game is a simple co-op shooter involving two people (with controllers). The endless (and almost meaningless) repetition seeks to drive home the point that software development is a constant struggle against bugs…

I hope to expand a bit more along the original theme and ideas I had for the game. This would predominantly involve modifying the artwork and adding a more “computery” feel to the background/obstacles. One such idea was adding lines on the ground to represent connections, and have lights flitting along them occasionally.

Additionally, a few more levels would help to broaden the scope and increase replayability. Moving obstacles and bi-directional enemies (simple, path based) could up the challenge as well. However, I doubt these will come to fruition, as I plan to move on to other simple games to continue learning.

As mentioned, I started this project hoping to improve my Unity knowledge in a few areas I had not dealt with previously:

The Input System was definitely where I had the most troubles integrating, since I wanted to use the new Input System over an Asset Store package. While it was easy to set up for a single player, supporting multiple players proved to be quite challenging (especially in areas of customization). I eventually decided to spawn the player shells in an additive scene, and then spawn the actual player inside the shell for levels. This allows customization and fits within the only working multi-player setup supported by the Input Manager…

I experimented with Shader Graph for several effects (hologram, dissolve) but only wound up using a single effect (vertex displacement) in the end. Each of the others simply didn’t fit what I was trying to achieve, although the dissolve shader could have been cool if I could have perpetually had the player dissolving and closing back up…

In order to get access to Shader Graph I had to enable the Universal Render Pipeline (URP). This was actually pretty easy to add to the project, although I did struggle to get used to the new post processing stack. However, the new stack closely resembles the old “new” post processing stack, and I was able to utilize a few effects. I didn’t use much else from the URP but plan to continue in future projects.

Strangely enough I had not experimented with additive scenes previously, but recognized the benefits of storing game-wide state in a constant scene. This was definitely a nice aspect and will definitely be a big part of future games (if appropriate).

Other minor goals involved implementing a customizable pooling system (projectiles), integating a few utilities created for another project, and physics-based movement for projectiles (rather than manual calculations).

Explore the frustrations of a developer against bugs!